Sports Concussion Research is Vital – But Still in Its Infancy 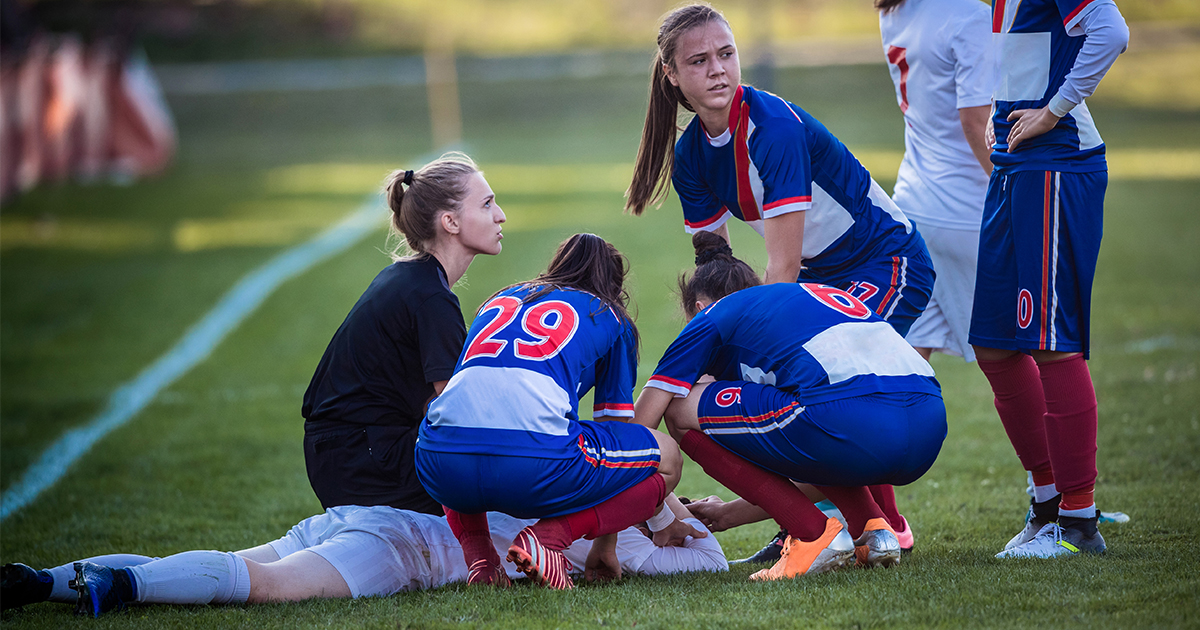 Brain researchers have agreed for nearly 20 years now that there seems to be a correlation between sports concussion injuries in rugby and football (soccer), and retired players later developing neurodegenerative diseases. Two open questions remain: Why is that the case? And what can governing bodies and player associations do about it? Fortunately, researchers are beginning to receive new funding for landmark studies into the links between sports concussion and dementia.

The biggest landmark study into the links between neurodegenerative diseases and sports concussion injuries was conducted by Glasgow University and published in 2019. Researchers examined the deaths of more than 7,600 retired pro football players and compared them to the deaths of 23,000 people in the general population.

The comparison yielded some interesting anomalies. For example, retired footballers were far less likely than the general population to die of heart attacks or heart related illnesses. All that running around on the field apparently pays off.

However, the Glasgow study found some astonishing correlations when it comes to deaths from neurodegenerative diseases:

While the correlation seems clear, the study was unable to conclude a reason why pro footballers are more prone to developing dementia. Interestingly, the Glasgow study also found that outfielders were more likely to be prescribed dementia medications later in life than goalkeepers.

A number of additional studies have been funded in recent years to try to determine the exact links between professional contact sports and brain injuries like chronic traumatic encephalopathy (CTE).

One recent study conducted brain scans of elite rugby players. The results showed that rugby players are more likely to experience abnormal changes to the brain, such as tearing of blood vessels and unexpected changes in the volume of white brain matter. A post-mortem study into retired footballers found that nearly two-thirds of deceased Association players had developed CTE after their careers ended.

Other studies that are currently under way, funded by the Drake Foundation, include a brain study to identify biomarkers for concussion in rugby players, and another to explore the brain health of retired rugby players. Results from those studies are pending.

While medical science continues to study the reasons why contact sports players are more prone to dementia, governing bodies are taking notice and recommending changes to sport.

The House of Commons’ Digital, Culture, Media and Sport Committee held an official inquiry into sports concussion injuries in 2021, and released its findings in July. The committee gathered testimony from governing sports bodies, retired players, neuroscientists and others. The MPs concluded that governing bodies have failed in their duty to protect the welfare of players, and that they have not adequately addressed brain injuries in sport.

Other findings include the fact that there is not a consistent definition of “concussion” across different contact sports, such as ice hockey, rugby and football. Another nagging problem the MPs identified: Some on-the-field sports collisions that do not cause concussions can still result in brain injuries.

Brain research into rugby players has led the Rugby Football Union (RFU) to begin implement changes to minimize the risk of head injuries during matches and practices. The RFU is also developing new guidelines for contact training and other measures.

Football and rugby remain some of the most popular pastimes in the UK, so these beneficial sports won’t be going away anytime soon. But it’s also clear that research studies into sports concussion injuries and their long term effects are still in their infancy. More research is necessary in order to better protect the brain health of players.

Healing of Tooth Extraction Sites – Best Practices That You Must Follow

Next Generation Sequencing Is Improving In-Vitro and…

Medical Isolation Transformer Designed to Your…

Prev Next 1 of 19
Recent Posts